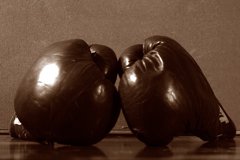 A monumental 5-4 Supreme Court decision on Thursday has blocked the ban on corporate political spending, giving corporations unparalleled and unprecedented influence over the American democratic process.  Hooray for Democracy!  Oh, wait…not so much.

The ruling ultimately lifts corporate entities to the status of “citizen”, providing them with the same protections under The Bill of Rights and The Constitution as living, breathing human beings – just like you.  Really?  Does that mean they can be held accountable for their actions, tried & convicted, sentenced and subsequently imprisoned for their criminal activity?  No?  Son of a bitch.

The Supreme Court’s ruling, to boil it down, eliminates any limitations previously imposed on corporate campaign contributions and funding of advertising campaigns in favor of or against specific political candidates.  I can’t wait to see candidates on the campaign trail wearing NASCAR-style jumpsuits, covered head-to-toe with gaudy, colorful patches featuring the logos of the corporations paying for their seat at the big kids’ table in DC.

There are some woefully ignorant souls who chalk this up as a win for free speech. Nothing could be further from the truth.  The First Amendment protects our right as individual citizens to speak freely. Corporations are not citizens and they should not be treated as if they are.

The Supreme Court’s failure to recognize the difference between a citizen and a corporation constitutes a catastrophic failure to understand the fundamental goals of our founding fathers and the very foundation of democracy itself. The preamble to the United State Constitution states clearly:

“We the people of the United States, in order to form a more perfect union, establish justice, insure domestic tranquility, provide for the common defense, promote the general welfare, and secure the blessings of liberty to ourselves and our posterity, do ordain and establish this Constitution for the United States of America.”

Hopelessness, Thy Name Is Kennedy 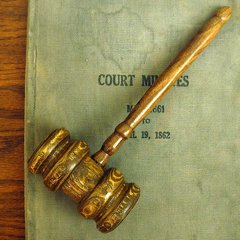 The Supreme Court’s decision and Justice Kennedy’s utterly baffling majority opinion swings the pendulum of power swiftly and conclusively toward Wall Street, big oil and and the health insurance companies who already wield an enormous amount of influence thanks to the special interest lobby.  That’s exactly what this country needs, don’t you think?

This decision gives corporations and other special interest groups license to systematically drown out the voices of everyday Americans. Using incomparable financial resources, the efforts of greedy corporations to stifle the voices that speak out on behalf of average, middle-class Americans will succeed marvelously.  Score one for the avarice-driven executives and power mongers. In case you’re keeping score – Them: 497,345,217; Us: -912.  NICE!

I find myself filled with a profound sense of sadness, frustration, anger and dismay. The tsunami of corporate money that will flood the political system and the subsequent corruption that will result will be unlike anything this nation, or the world, has ever seen.

To say our political and legislative systems were broken before would be a stupendous understatement. Now, though, I fear any hope for true social progress, health care reform, financial system regulation and environmental protection of any kind has been completely obliterated by a nuclear holocaust of corporate avarice.

The ethically challenged and morally bankrupt will now be able to strategically place their underlings in decision-making positions throughout all levels of government – from local school boards to state legislatures; from city governments to the United States Congress…and even The White House itself – all under the guise of democracy.

The Supreme Court’s flawed interpretation of the Constitution gives corporations gold-paved legal avenues to undermine the electoral process.  Our Constitution was written by men who couldn’t have prognosticated the existence of a corporate entity, nor the possibility that it would one day be given the same protection under the law as a living, breathing citizen of these United States.  If you listen closely, their collective screams can be heard.  And they’re bellowing, “THAT ISN’T WHAT WE MEANT!” 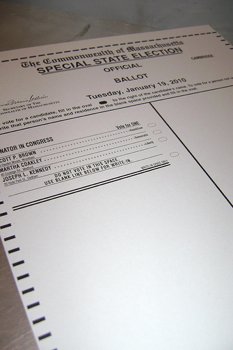 Let’s not forget that voters are merely consumers.  And corporations have been using marketing strategies and ad campaigns to manipulate consumers and profit from their ignorance for decades.  They’re so good at it you don’t even recognize the psychological manipulation anymore.

If not for the malevolence and disheartening sense of foreboding, it would be rather hilarious.  Those same marketing and public relations strategies will now be used on a grand scale, and with incredible malicious intent, to manipulate the masses into voting their carefully selected puppets into office…to do their bidding.

These minions of corporate interest will control everything from lesson plans to federal legislation. America has been handed over, lock, stock & barrel, to the corporations that profit most from planting shills throughout local, state and federal governments – oil companies, health insurance mega-corporations and the financial industry. The latter, mind you, brought this nation and the global financial markets to the brink of complete and total meltdown not long ago. With an endless bankroll and nonexistent moral compasses, there is no limit their power.

The potential to control this nation and impose their will upon us will be immeasurable. And we will pay the price – literally.  In order to contribute hundreds of millions of dollars to political campaigns across the country and guarantee victories for their candidates, they’ll need to increase profits.

The state laws prohibiting health insurance companies from raising your rates 30%…40%…or even 100% year after year will be a distant memory.  We will look back at $2.50 a gallon fondly, as we spend $100 or more to fill a 15 gallon gas tank. Credit card fees and bank charges will be off the charts. You will, in essence, be paying huge corporations for the pleasure of being manipulated into voting for the candidate whose loyalty will be exclusively to corporations, rather than to you.

The same advertising agencies that manipulate you into choosing this brand over that brand will now be enlisted to further the corporate agenda by crafting ads designed to manipulate you into voting for their hand-picked candidates. Corporations will wield their power with every single dollar you spend! Ironic, isn’t it?

The truth is irrelevant in politics. In dealing with the masses, the message that is repeated most often becomes accepted as fact. Those with money can afford to repeat their carefully crafted messages over and over and over again. And even if that message is completely devoid of truth, facts or substance, most people will believe it – and they’ll vote accordingly.  The ability of voters to act reasonably in the face of endless fear-mongering and outright deception is suspect, at best.

This staggering shift in doctrine will have far-reaching consequences to our political system.  Campaigns had already deteriorated into a painful and embarrassing downward spiral of baseless character assassination, flat-out lies and loathsome deception. As a nation we had come to accept the despicable political public relations spin machine as a part of our nonsensical and fatally flawed electoral system’s devolution.

Every vote cast by these “elected” officials from the moment they take office will be a vote in favor of the corporations that bought the seat. To vote based on conscience or the will of the people would be political suicide, as the same corporations that got them elected would simply back a different candidate the next time around. Despite its simplicity, this notion seems to escape the vast majority of the voting public.

It’s Already Been Happening, But With Legal Limitations 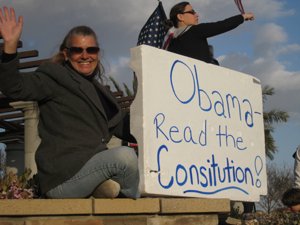 Astroturfing will become a such customary part of the electoral process that average citizens won’t even recognize it.  We will become so desensitized to the tactic we won’t even perceive the danger it poses.  A relatively small number of such organizations already exist.  Faux grassroots Tea Party groups – like the Tea Party Express and Tea Party Patriots and are being funded by wealthy corporations – like FreedomWorks and Americans For Prosperity.

In an attempt to protect their own interests and further their own agendas, these corporations have mislead, manipulated and used as pawns the ignorant and weak-minded members of the Tea Party movement.  What we’ve seen thus far is merely the tip of the iceberg.

The Supreme Court’s decision multiplies the direct influence of corporate interests on the electoral process exponentially.  Not only can corporations throw buckets and buckets of money into political campaigns, but there is nothing to stop ANY special interest group from investing untold millions into the campaigns of their chosen candidates.  Consider this:

Vote Shilly McDouchebag 2012 – Paid For By Citizens for Economic Growth

What the ad won’t say is that “Citizens for Economic Growth” is a special interest group funded in their entirety by corporations whose controlling interests are the United Arab Emirates and the Government of Dubai.  Think it can’t happen?  Think again.  ANY corporation in the world with interests here in the United States can now legally back a particular candidate and run attack ads against another with unlimited funding.

Behind A Veil of Democracy Lies Fascism

The chasm between the haves and have nots in this country will continue to grow.  In a world where a mere 2% of the global population controls more than 50% of the wealth, a level playing field cannot exist.  The average American’s lack of resources is an insurmountable obstacle.  Many proudly tout the power of voters in a democracy and perhaps they are right to do so, but this is no longer a democracy.

When laws promote and advocate the ability of corporations to stifle the collective voice of the nation’s citizens, democracy gives way to corpocracy.  We are swiftly becoming a corporative state, which developed first under Mussolini’s Fascist regime in Italy.  Iterations of it subsequently developed in Hitler’s Germany and Franco’s Spain, as well as in Latin America during the reign dictator of Juan Perón and in Austria under Engelbert Dollfuss.  Thus ends today’s history lesson.  There may be a pop quiz later.  Study up.

While proponents of ultra right-wing causes, proud neo-conservatives and participants in the tea party movement throw around terms like “Socialist”, “Communist” and “Fascist”, they do so with a woeful ignorance of history and a complete lack of understanding of the demonized terms and monikers they use to label those with whom they disagree.

Loud, angry and obtuse masses – repeating attention-grabbing buzzwords and fear-mongering talking points – are mere stooges for those who seek to gain power and control.  With the admirable desire to fight back against the “powers that be”, as they view them, these amateur revolutionaries align themselves with the very forces intent upon destroying the democracy they believe themselves to be defending.  There is nothing quite so dangerous as the arrogance of ignorance.

This week the Supreme Court handed down a radical decision and stripped the citizens of this country of the modicum of power we had left.  Judicial activism at its finest. 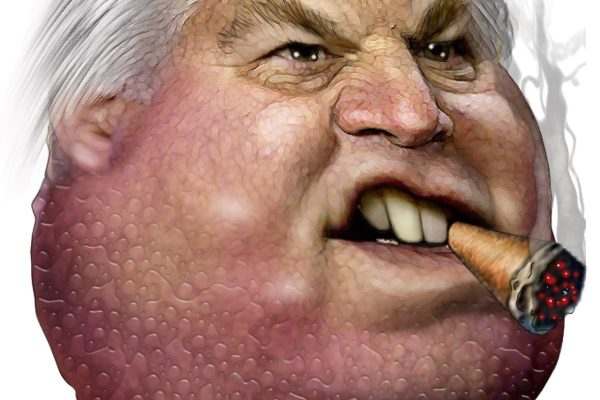 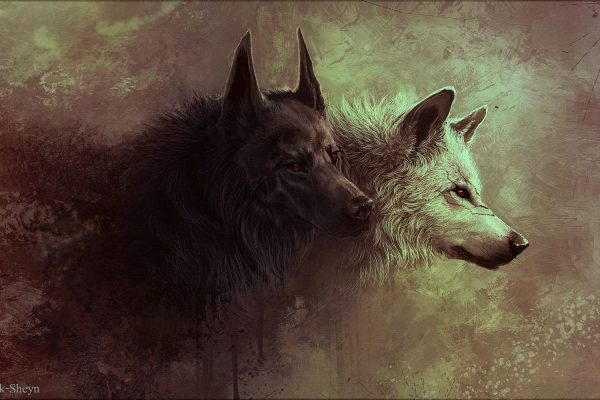 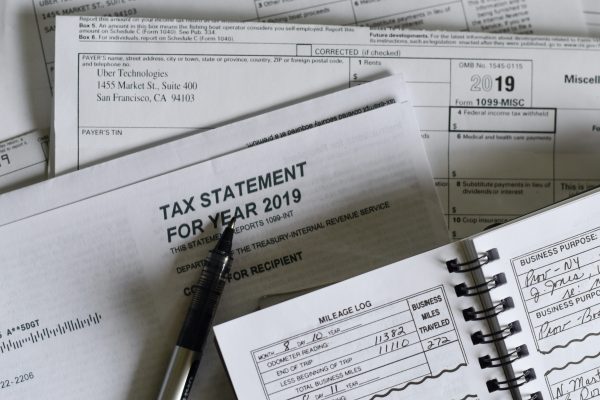