Welcome! OBLIGATORY DISCLAIMER: I’m outspoken, snarky & often profane. If you offend easily or tend to believe that women should sit down, shut up and “act like ladies”… well, this isn’t the place for you. People seem to think I’m funny. You probably shouldn’t trust ’em.

When I won my first portrait excellence award in my early 20’s, my high school English teacher was waiting for me as I came off stage. Unbeknownst to me, she was in the audience of 1500 or so people, in attendance with her husband, who was a nationally recognized master photographer. She was the first to greet me as I came down the stairs. She grabbed me, gave me a big hug and told me how proud she was of me… then, without missing a beat, asked if I was still writing. For as long as I can remember, people have told me I should write professionally. Friends, family, English teachers & professors… seemingly everyone who read anything I’d written came to that conclusion almost immediately. But the contrarian in me insisted on taking a different path. Until now.

I’m a writer. I’ve made a living doing several things in my adult life, but there’s always been a writer lurking in the shadows, ignoring everyone who told her she should be writing. This website is my attempt to become what I probably should have always been: a professional writer. I guess we’ll see how it goes.

By the way, in the interest of full disclosure, I know every grammar and punctuation rule that exists in American English. And I will break many of them with reckless abandon and soul-satisfying glee on a regular basis. I thought you should know that.

Now that we’ve got that straight, here ya go:

You seriously want to know more? If you say so…

For more than a decade I earned my living building search engine and user friendly small business websites & blogs using the WordPress platform. I still do that on a limited basis, so if you’re a small business owner in need of a new website, feel free to check out some of my work and contact me. Prior to that I was an award-winning portrait photographer, a customer retention manager & regional customer service trainer, and later, customer retention agent & SEO at America’s largest small business web services provider.

Throughout my career I have had the opportunity to develop a wide variety of skills working for the largest companies in their respective industries – Prestige Portraits (the Senior Portrait division of Lifetouch), ServiceMaster and Web.com (formerly Website Pros). From my experiences as a national portrait excellence award-winning photographer to a manager in a $6+ million lawn care branch, each position provided unique insight into how big businesses operate. For more than a decade I used that knowledge to help small businesses operate more efficiently and be more successful.

I am an optimistic cynic. I hope for the best, but typically expect the worst. I believe the vast majority of people have the potential to be good, but that life pursuits and greed often bury the good underneath mountains of pain, naked ambition and blind self-interest.

I am also an animal advocate, but don’t mistake that for fanaticism or bat shit craziness. Dousing a woman wearing a fur coat in blood does not promote animal welfare – it merely encourages rational, logical people to dismiss your cause and its message, even if only to distance themselves from your particular brand of bonkers. When you call attention to yourself, you draw attention away from the cause you supposedly support.

Animals don’t care about expensive houses, lavish vacations, corporate ladders or shiny cars. Ambition, self-interest and greed will never cloud their judgment or serve as their motivation. They hold no grudges. They don’t keep score. They have no concept of malice or revenge or jealousy. They’re the best of what humans could be, if not for arrogance, avarice, xenophobia and fear.

When it comes to me, what you see is what you get. My positions on issues, my understanding of right & wrong and my opinions don’t change based on my audience or circumstance. Mercilessness and selfishness are bad. Compassion and empathy are good. Saving lives is always better for the soul than taking them.

Here are a few basic examples that will help to illustrate some of my core beliefs and points of view:

Learn to separate the stories filtered through the ideological spin machine from the truth. Propaganda is for simpletons. Don’t be one. Regardless of how unwilling you are to accept them, documented factual events of history are not open to individual interpretation. You are entitled to your own opinion, but you are not entitled to your own facts. Truth is truth. Facts are facts. Acknowledge them. Learn from them. Evolve. Progress.

Insanity: doing the same thing, over and over again, and expecting different results.

Social progress is more important than blind allegiance to ideology, political party or theology. Compassion takes precedence over profit and people are more important than corporate interests. I am a progressive, but don’t mistake that for political party allegiance. At the same time, don’t think for a minute that I intend to allow cosplay socialists to destroy the Democratic Party from within the way the Tea Party has destroyed the GOP. Purity politics, blind partisanship and extremism are bad, no matter which side of the ideological spectrum on which they originate.

The answers to our greatest challenges have never and will never come from the ideological cesspool of partisan politics or either ideological extreme. This is a nation of more than 300 million people and the overwhelming majority of those people are squarely center/center-left. I am considerably further to the left of 90% of Americans, but I am a grown-up who understands that human beings fear change and incremental progress is better than no progress at all. Practical, constructive solutions are always somewhere in the middle of ideological extremes. Progress depends on incorporating the best ideas, no matter which side of the political aisle they come from. 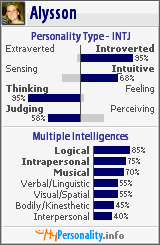